Bill Morgan was dubbed a medical miracle by the media. After experiencing a near-fatal truck accident and heart attack, Bill was dead for 14 minutes but then revived by medical professionals. After being revived Morgan was comatose for 12 days. 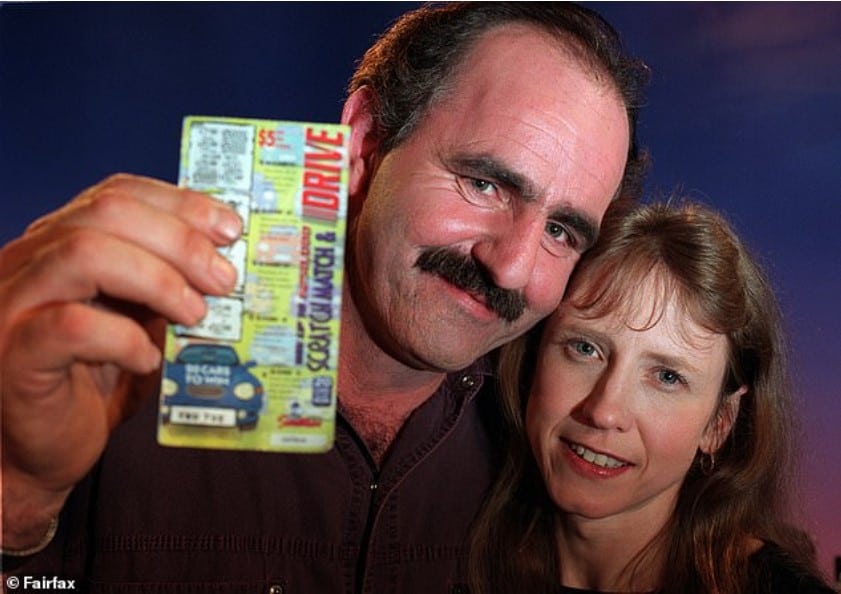 When Bill woke up from his coma his luck changed drastically. Not only did he win the lottery once but twice! This lottery story intrigued me so much that I wanted to share Bill’s story with you. Find out how much this Australian lottery player won, what he did with his cash, and where he is today by reading further.

Bill Morgan – Life Before the Win

Before Bill Morgan’s tragic accident and a big win, he lived in a trailer park in Australia’s outer suburbs and worked as a truck driver. In June 1998 while Bill was driving his truck he experienced a near-fatal accident that almost crushed him.

He suffered a heart attack and was rushed to the hospital where he was administered a drug that caused him to have an allergic reaction. This caused Bill’s heart to stop beating and was clinically dead for 14 minutes. Bill was revived by doctors but landed up in a coma and remained comatose for 12 days.

How Much Money Did Bill Morgan Win?

Two weeks after proposing to Lisa, Bill decided to try his luck with a scratch-off lottery ticket. To Bill’s utter surprise he won a car worth $17,000. An Australian TV station was so intrigued by Bill Morgan’s story that they decided to interview him and get him to reenact his scratching of the ticket.

While the cameras were rolling Bill Morgan scratched the lottery ticket and won a large sum of money! His win added up to $250,000 (Australian dollars).

Unlike other lotteries, Bill didn’t have to choose numbers and wait for a lottery draw. He simply bought a scratch card that reveals whatever prize you may have when you scratch off the top layer. Additionally, Morgan didn’t have a strategy for winning his lottery.

The second time Bill won was simply by accident. This is because he didn’t buy the scratch-off lottery ticket to try his luck at winning again. He bought the $5 ticket to reenact the time he won the car from his previous ticket.

When Bill won the second time, he was overwhelmed and almost at the brink of tears. He simply couldn’t believe he had won the amount that he had. While looking into the camera, Bill said, “I just won $250,000. I’m not joking.”

Jokingly, Bill started laughing and said, “I think I’ll have another heart attack”. While being recorded by the news agency, he quickly phoned Lisa to tell her the good news. He told her that they can eventually buy that dream house they wanted.

What Did Bill Morgan Do with the Money?

Bill Morgan immediately took his lottery money and bought a house. He then invested the rest of his winnings. There isn’t much news on what Bill invested his money in. But reports from the Daily Mail state that Bill is happy that he owns his own house and car. He also still buys scratch-off tickets regularly.

Where is Bill Morgan Now?

The story of Bill resurfaced in 2020. He is now 60 years old and still living in the home he bought in Australia. According to the same reports from the Daily Mail his story was retweeted 50000 on Twitter. Bill stated that he was surprised the story was still so popular.

On the other hand, Morgan has experienced some battles with his health. He still has heart problems and has severe arthritis. His nephew and brother-in-law also passed away and his sister was ill in hospital at the time the Daily Mail article was published.

However, Bill Morgan states that he is grateful for the 22 years he’s had since his lottery win. And whenever he feels depressed he goes for a walk to smell the roses or enjoy the sunshine so he can remember how blessed he is.

Bill Morgan unfortunately doesn’t have any social media accounts. But there are stories about him on Twitter and on Facebook. Social media is probably the reason why the story of Bill resurfaced after 22 years.

What Bill Morgan Could Have Done Better?

Morgan did exactly what he said he was going to do with his lottery winnings. He bought his dream home with his wife, Linda. Most lottery winners splurge their winnings on unnecessary items, but Bill bought what he needed and invested the rest of his winnings which is an excellent financial plan.

Is the story about Bill Morgan fake?

No, the story about Bill Morgan is 100% factual. Although it's quite rare to win the lottery twice without a strategy, Bill was one of the lucky ones. It was also not a marketing gimmick as you can clearly see in video footage of Bill winning the lottery a second time and that his reaction was genuine.

What happened to Bill Morgan?

Bill Morgan still stays in Australia and is still happily married to Linda. He also still buys scratch-off lottery tickets regularly to see if he could be lucky a third time with the lottery.

Is Bill Morgan one of the biggest Australian lottery winners?

Although Bill was lucky enough to win a car and $250,000 from scratch-off lottery tickets he is not the biggest lottery winner in Australia. However, $250,000 was a lot of money back in 1999.

Bill Morgan is living proof that anyone’s luck can turn around for the better. Not only was he lucky to win the lottery but he was lucky to be alive. For someone who was dead for 14 minutes and comatose for 12 days, I’d say Bill was the luckiest lottery winner that I’ve written about so far. He got to spend an extra 22 years with his family and in his dream home that he bought with his lottery winnings.

Morgan didn’t use a special strategy, nor was he expecting to win when he won his car. He most certainly didn’t think he would ever win the lottery a second time. I hope that the story of Bill inspired you, not only to enjoy playing the lottery but also to live your life to the fullest.