Gillian and Adrian Bayford: Do These Winners Have a Lottery Curse?

Gillian and Adrian Bayford were massive EuroMillions jackpot winners in 2012. But their fairytale win quickly turned into what the tabloids called a lottery curse. Unfortunately, not all lottery winners find happiness when they win massive jackpots. Some winners experience problems in their relationships and with family. That’s what happened to Gillian and Adrian Bayford. 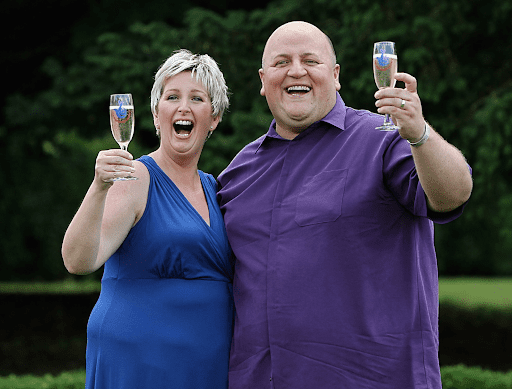 Image by The Sun

The Scottish lottery winners thought they had it all figured out but after a year and a half of winning the jackpot their lives began to change drastically. Find out how much the Bayfords won and where they are today in this post.

Gillian and Adrian Bayford – Life Before the Win

Before winning their massive jackpot, Gillian and Adrian Batford lived in Haverhill, Suffolk. They have a daughter named Aimee who was six years old at the time and a son named Cameron who was four years old.

Adrian Bayford was a co-owner of Suffolk Music Centre. Gillian Bayford was a medical assistant in the children’s ward at Addenbrookes Hospital in Cambridge before winning. The Bayfords were married for eight years.

Before winning, the couple mentioned that they had a tight month with finances. They had spent money on holiday clothes for their children and it set them back a few pounds. But their luck was about to change.

How Much Money Did Gillian and Adrian Bayford Win?

In 2012 Gillian and Adrian Bayford became the winners of the £148 million EuroMillions Jackpot. The lottery has a rollover feature but has a limit of £190 million. The Bayfords were the lucky winners that got to take away the large jackpot. Fortunately for the couple, EuroMillions doesn’t tax players but they did lose a bit of money due to exchange rates so they took away an estimate of £148 million. 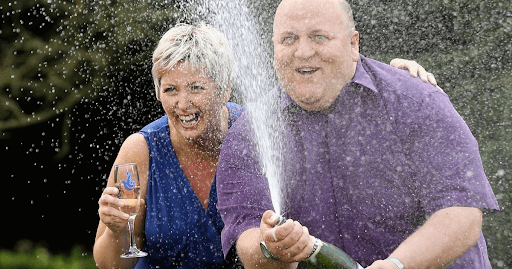 At the time of winning Gillian and Adrian Bayford were the UK’s second biggest lottery winners in history. The lucky EuroMillions numbers were 11, 17, 21, 48 and 50. The lucky stars were 9 and 10. The Bayfords had all the matching numbers that won them the jackpot.

In an interview Adrian mentioned that he had bought his lottery ticket on Friday. And like many people who buy lottery tickets Adrian didn’t always watch the draws or check his tickets after buying them. The couple didn’t have a strategy for choosing their numbers or playing the game. Adrian simply left it up to luck to win the lottery.

Adrian stated that he didn’t often check his lottery tickets during the draws. He would usually take them to the terminals when he had the chance. But that Friday night the couple were watching the news and the presenters mentioned that there was a winner in their area.

At that point, the couple joked about winning and then Adrian made his way upstairs to get ready for bed. But Adrian had a feeling that he should check his lottery ticket that he bought. He checked the numbers and the first three digits were a match. After checking the rest of the numbers he realized that they all matched. 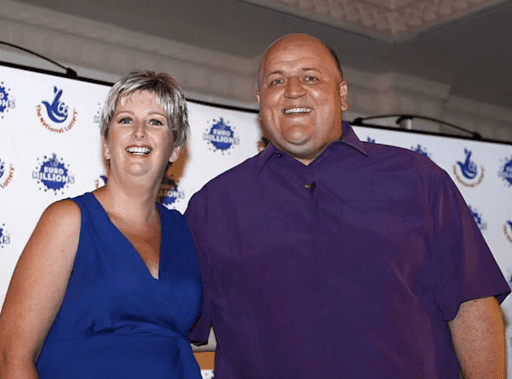 Image by The Independent

What Did Gillian and Adrian Bayford Do with the Money?

In interviews, Gillian and Adrian Bayford claimed that they’d help their families financially. Later on, Adrian Bayford would buy a £6.5 million mansion that he would also sell due to his unhappiness and negative experiences. Gillian was also quick to spend some of the winnings on cars such as a Mini, Audi and Mercedes. She also opened up a kids club called Rascals as she wanted to do something good for the children in her community.

Adrian also spent £2 million on a equestrian centre in Swaffham and bought horses and horse carts. He also spent most of his winnings on lavish gifts for his girlfriend after his divorce from Gillian.

Where is Gillian and Adrian Bayford Now?

15 months after Gillian and Adrian Bayford won the lottery they decided to get a divorce. The couple had to split their fortune. Unfortunately, after their split Gillian and Adrian didn’t have the best of luck. Adrian had a series of failed relationships with women who he spent most of his fortune on.

After Gillian left Adrian for another man, she also experienced issues in her new relationships. In 2018 Gillian made the news when she assaulted one of her ex boyfriends. Gillian and Adrian also experienced tragedy when their son, Cameron, had a quad bike accident and was put in an induced coma. Cameron, who was 13 at the time of the accident has since come out of the induced coma.

What Gillian and Adrian Bayford Could Have Done Better?

It would seem Gillian and Adrian both made terrible decisions after winning the EuroMillions jackpot. Unfortunately, winning a jackpot can cause people to change which could have led to the couple getting their divorce.

Adrian and Gillian got into unsuccessful relationships after their divorce which also cost them some of their fortune. Adrian splurged millions on girlfriends buying them lavish gifts. Gillian did the same with her boyfriends.

What the couple should have done was invested their money and kept their jackpot win confidential. Winning the jackpot can attract con artists and people that want to take advantage of you. So it’s best to hire a legal and financial team to assist you with managing your finances and your affairs.

Where are Gilllian and Adrian Bayford now?

Are Gillian and Adrian Bayford giving away money?

No, Gillian and Bayford are not giving their money away to strangers on the internet. People who are offering money under Gillian and Adrian’s name are most likely scammers who want your personal details to steal from you.

How many mansions did Gillian and Adrian Bayford buy?

It’s said that Gillian and Adrian Bayford bought four mansions. Three of the mansions have a value of over £1 million each. The fourth mansion that Adrian stayed in was worth over  £6 million which he recently put on sale.

Gillian and Adrian Bayford were one of the couples that let money come between them and being happy together. Many millionaires state that money can’t buy happiness and it can change people.

Sometimes after winning the lottery people want more out of life. Take Michael Carroll for example. He also had a wife and child and then became a completely different person after winning the jackpot which cost him his marriage.

Having money shouldn’t destroy your moral values and the relationships you have. Lottery winners should try their best not to let fame and fortune get to their heads. I only hope that Gillian and Adrian Bayford are doing well and that their son has made a full recovery after his accident.