Shane Missler was the sole winner of the Mega Millions jackpot back in 2018. What made this lottery winner so famous is that he was only 20 years of age at the time and was the fourth highest-paid winner in Mega Millions history. 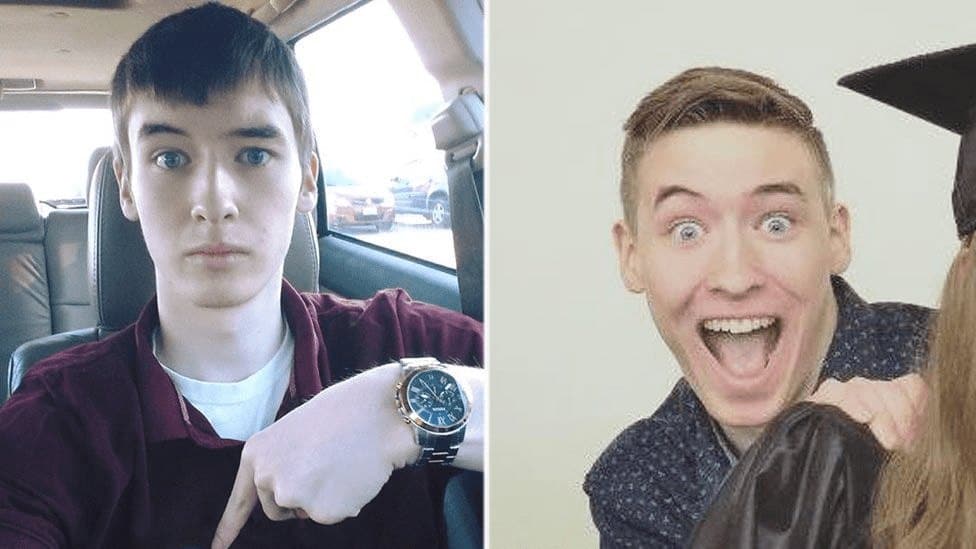 Although Shane was extremely young when he won the jackpot he seemed mature especially when he gave his statement after the win. In my article, I’d like to share Shane’s story with you. Find out where he was before his jackpot win, what he did with his winning, and where he is today.

Shane Missler – Life Before the Win

Shane Missler was born in Maine, USA but later on, his family moved to Florida. He also attended Spruce Mountain High School and then went on to study Business Management. Shane earned a Business Management degree from Northern Essex Community College. He lived in Massachusetts at the time and only completed a semester in college before returning home and getting a job. Before Missler became a huge Mega Millions jackpot winner he worked various jobs such as a background specialist at Universal Background Screening. He also worked as an inventory specialist at Best Buy but quit after he became a millionaire.

How Much Money Did Shane Missler Win?

In January 2018, Shane Missler became the sole winner of a massive $451 million jackpot prize from Mega Millions. This was the fourth-biggest win in Mega Millions history. Mega Millions offers a lump sum and an annuity option for jackpot payouts but Shane chose the former. After he was taxed on his lump-sum payment Shane took home just over $280 million which is still a large sum of money.

The winning numbers were 28, 30, 39, 59, 70, and 10 and Missler had them all. Unlike the other lottery winners I’ve written about such as Stefan Mandel or Richard Lustig, Shane didn’t have a strategy. Shane had won $10 from a scratch-off lottery ticket and then he used it to buy five quick-pick tickets from a 7-Eleven in Florida and left it up to lady luck to win the jackpot. Sure enough one of the tickets he bought had all of the winning numbers. According to the Washington Post, the retailer got a $100,000 bonus.

After the draw, Shane Missler realized he had won the lottery. He posted a status update on his Facebook simply saying Oh.My.God! The morning after the draw, Shane told his father about his win over coffee. Grinning ear to ear, Shane handed in his winning ticket. In a statement, Shane stated that he took a crash course in Finance before his win so his knowledge will help him manage his money effectively. Missler also stated that he wanted to use the money to help others, provide for his family and hopefully pave a pathway to a legacy far into the future. In a quote from The Tampa Bay Times, Shane had this to say – “If there is one thing I have learned thus far in my short time on this earth it is that those who maintain a positive mindset and stay true to themselves get rewarded. I look forward to the future.” Those are some wise and mature words from the young man.

What Did Shane Do with the Money?

The first thing Shane did was pay for his 2004 Subaru that he was saving up for. He also said he wanted to move out of Florida. Shane Missler also mentioned that he would like to have some fun with his money and help support his family. There isn’t a record of everything Shane spent his money on but you can see that he is living a comfortable lifestyle on his social media pages.

Where is Shane Missler Now?

Shane travels a lot and hangs out with famous sports stars. As you can see by his social media accounts Shane loves to attend boxing matches and he spends his free time meditating. There are also videos on YouTube of all the places Shane has traveled to such as Disneyland. However, he hasn’t posted a video on YouTube in two years.

Unlike the older lottery winners I’ve written about, Shane grew up in the digital age so of course, he has social media accounts. Shane Missler is active on Instagram and made his last post in June 2021. On his Instagram page, there are plenty of pictures of Shane with sports coaches and he posts a lot of pictures of Muhammad Ali. You can also see pictures of Shane and his girlfriend traveling around the world. He also has a Twitter account that he posts on regularly. The last time he made Tweets was in August 2021. However, be vigilant about fake Shane Missler accounts on Twitter. There are scammers claiming to be lottery winners to try and get people to give out their banking details. Shane Missler also has a Facebook account but hasn’t made any posts since 2019.

What Shane Missler Could Have Done Better?

Most people choose the annuity option when they win a large amount of money from a lottery because it helps to manage their finances better. You also get taxed heavily if you choose the lump sum option. The initial prize money was $451 million but Shane only received over $280 million. He could have been paid the full amount but over the course of 30 years if he chose the annuity option. On the other hand, even though Shane took the lump sum option he still got paid a large sum of money that will last a lifetime if he manages his finances well.

Have fun and play the lottery on a trusted WinTrillions site!

What is Shane Missler’s method?

Shane Missler didn’t have a method to win the lottery. He won $10 from a scratch-off ticket and used that money to buy five lottery tickets from a 7-Eleven. He then left it up to luck to win the lottery. Although, Shane did mention that he had a feeling he would win.

What happened to Shane Missler?

Shane Missler is still alive and well and it would seem he is having a good time with his winnings. He travels regularly and hangs out with sports stars. He also attempted to run a vlog but his YouTube channel doesn’t have many videos.

Does Shane Missler have a charity?

Shane Missler may have been lucky to win the Mega Millions Lottery but family life may have been tough as his mom passed away a few years ago. However, Shane and his family seem to be happy as you can see by his posts on his social media accounts. It simply goes to show that anyone can be a jackpot winner. Shane’s advice is to always have a positive mindset and you’ll be rewarded. However, there are other ways you can win the lottery by using specific strategies that other famous lottery winners have used. If you ever become a jackpot winner like Shane, manage your money wisely so you’ll have financial freedom for the rest of your life.