Most lottery winners that hit the jackpot tend to spend their money frivolously. But Lisa and John Robinson didn’t want to spend their massive jackpot unnecessarily. That sounds like a smart decision if you don’t want to land up bankrupt fairly quickly. 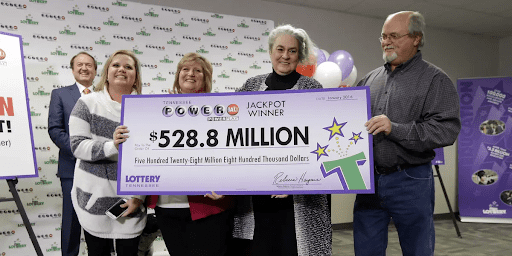 John stated that if one sits around doing nothing they aren’t going to last very long. Those are wise words from someone who won a massive jackpot – one of the biggest ones in US Powerball history. It would be fascinating to know what the couple did with their winnings and where they are today. Keep reading to find out more.

Lisa and John Robinson – Life Before the Win

John, who was 58 at the time, and Lisa  aged 53, lived in a three bedroom bungalow that was worth $150,000 in Tennessee. The couple stayed in their house since 1995 after John left the airforce.

At the time of winning the US Powerball jackpot John worked as an engineer for a target distribution center. Lisa worked as a dermatologist. John had to travel for a month for work and according to friends the separation was difficult for the couple. The couple also have a daughter and a dog which they took with them when they claimed their prize.

How Much Money Did Lisa and John Robinson Win?

The Robinsons were one of three winners of the US Powerball. The total rollover was a massive $1.6 billion dollars. Lisa and John decided to take the lump sum option because they said they’re not guaranteed tomorrow. As a result they got $328 million before taxes. John Robinson stated that they just wanted a piece of the pie and expressed how grateful he was for receiving such a hefty jackpot. 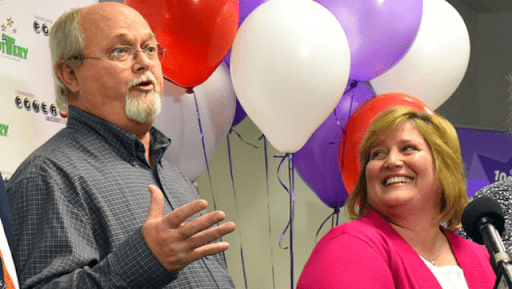 The winning lottery numbers were 4, 8, 19, 27, 34 and 10 and Lisa and John Robinson had all of them. John Robinson said he was coming home from work one Wednesday evening when he got a call from Lisa asking him to pick up Powerball lottery tickets. He didn’t feel like stopping because he was tired from work.

But for Lisa, John stopped at Naifeh’s grocery store. He bought four tickets each representing an important family member. John bought the tickets only two hours before the cutoff. When John got home he handed the tickets to his wife and then went to bed.

The Robinson family didn’t have a specific lottery strategy. They simply bought lottery tickets and left it up to luck to win. They then became one of the biggest lottery winners around the world.

Lisa watched the live draw and checked the numbers three times. When she realized she had won she ran down the hall screaming with excitement and woke John up. Mr Robinson then told his wife that he will wait for the news the next morning when they state there’s a winner in Munford.

The next morning, the couple saw on the local news that there was a jackpot winner in Munford and even showed images of the grocery store where John bought the ticket. That’s when they decided to call their lawyer.

After chatting with their lawyer, John and Lisa called their daughter to tell her the good news. 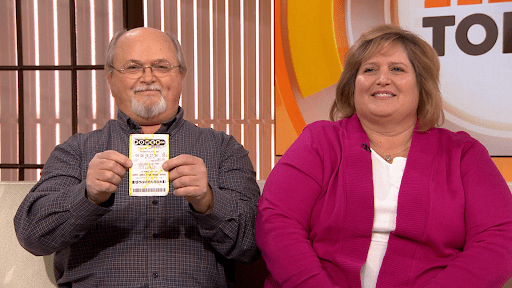 What Did Lisa and John Robinson Do with the Money?

One aspect the Robinson family was sure of was that they weren’t planning on spending their money frivolously. When asked what they’d like to spend the money on, the couple mentioned they’d first pay off their daughter’s student loans and then the mortgage on their house.

John and Lisa also didn’t have big plans to move into another house at the time of accepting their prize. Mr Robinson stated that big houses are nice but you have to clean them.

According to news reports, only six months after their win the Robinson family bought a 10 bedroom house with a private lake. The new house cost $6.2 million. They also cut ties with their attorney that told the couple to take out the lump sum option.

Where is Lisa and John Robinson now?

After getting back from accepting their big jackpot win, the Robinson family tried to return to their lives as normal. But neighbors claim that their lives were never the same. When Lisa went back to work her colleagues suddenly started treating her differently.

The couple’s main concern was their house. They had to put up signs on the lawn to prevent people from trespassing. That’s possibly the reason why the family decided to move into their lavish home. The large house also contains a private cinema and eight bathrooms.

News reporters interviewed neighbors to find out about what the Robinsons have been up to but they all stated that the family is extremely private.

Lisa and John Robinson don’t have any social media accounts. But after they were revealed as the winners of the Powerball jackpot there were plenty of scammers claiming to be them on the internet. News reports urged people not to fall for any scams under Lisa and John’s names as the couple were not giving away parts of their fortune.

What Lisa and John Robinson Could Have Done Better?

Unfortunately, Lisa and John couldn’t accept their prize anonymously because of the US state they lived in. During their conference the couple should have kept details about their private life confidential.

However, moving away from their home in Munford was the best decision they could have made for the safety and privacy of their family. Not accepting any more interviews after winning was also a good decision. There is also probably a reason why they fired their lawyer at the time but the Robinson family should have consulted financial advisors to assist them.

What is Lisa and John Robinson’s method?

Lisa and John Robinson didn’t have a method to winning the lottery. John simply bought four lottery tickets at his local store and left it up to luck. Lisa was the one who insisted on getting lottery tickets and it’s a good thing she did or they wouldn’t be millionaires.

What happened to Lisa and John Robinson?

Lisa and John Robinson now live in a large 10 bedroom house with a private lake. Neighbors say that the couple is extremely private but also stated that they’re still trying to adjust to their new lifestyle.

Are Lisa and John Robinson giving away money?

Although Lisa and John Robinson may have donated money to charities, the couple are not giving away their fortune to strangers. Any messages claiming to give away money is most likely a scam and should be reported to your local authorities.

Anybody would be happy to win the large amount of money Lisa and John Robinson won. But news reports state that the couple are struggling to adjust to their new lives. Lisa and John wanted to continue living their life as normal and go back to their jobs. But Lisa had a negative experience with her colleagues after returning to work and so she decided to quit her job.

The family is extremely private but lives well in their 10 bedroom house. Neighbors report that they will exchange friendly waves with the family but seldom get to speak with them. I only hope that the Robinson family are happy and living their lives to the fullest.